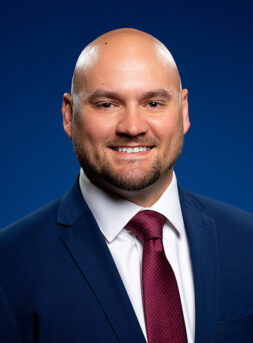 Trevor Hooton is the Director of Operations for Proquility Private Wealth Partners, providing a standard of service that will far exceed client expectations. With over a decade of taking care of the needs of clients while managing long term relationships, Trevor takes great pride in his responsibilities and ensures that all requests large or small are handled with a focus on detail and a personal touch.

Trevor chose to join the United States Marine Corps in 2009, becoming an Aviation Crew Chief. He served as a highly decorated Non-Commissioned Officer in a variety of military theatres prior to his honorable discharge in 2013. Trevor’s military service provided the foundation for his business career, informed by honesty, respect, and a motivated work ethic. Following his transition from military to civilian life, Trevor worked as an operation manager in a large retail facility based in Salt Lake City. Later, he went on to do business consulting for a highly successful construction firm in Las Vegas. Prior to joining Proquility, Trevor entered the financial services industry and earned the required licenses to commence what he hopes will be a long and aspirational career.

A graduate of the University of Nevada, Las Vegas with a bachelor’s degree in Finance, Trevor is continuing his education by studying for the Certified Financial Planner (CFP) designation. He was born and raised in Utah, where he developed a deep appreciation for the outdoors, enjoying backpacking, fishing, and rock climbing. In his free time, Trevor enjoys his family, including wife Amanda, daughter Cadence, and their two pet pugs.

Back to Our Team